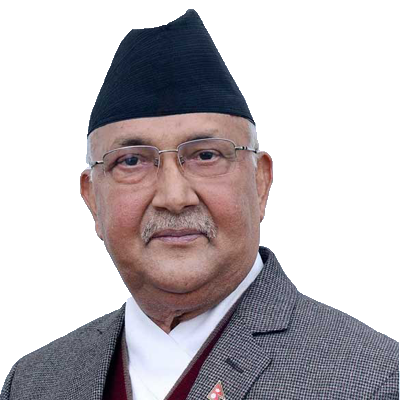 Former prime minister and CPN-UML Chairman Oli started his political journey in 2025 BS. He was jailed for 14 years after the Jhapa movement of 2029 BS. Oli became active in party activities again from 2044 BS after serving the jail term. He then worked as Lumbini chief of the then CPN-ML.

In 2047 BS he became the founding chairman of the Jatantrik Rashtriya Yuva Sangh and became a standing committee of CPN-UML in the same year. Oli served as chairman of the then Nepal Communist Party after the merger of UML and the then Maoist Centre 2075 BS. Currently, he is the chairman of CPN-UML.